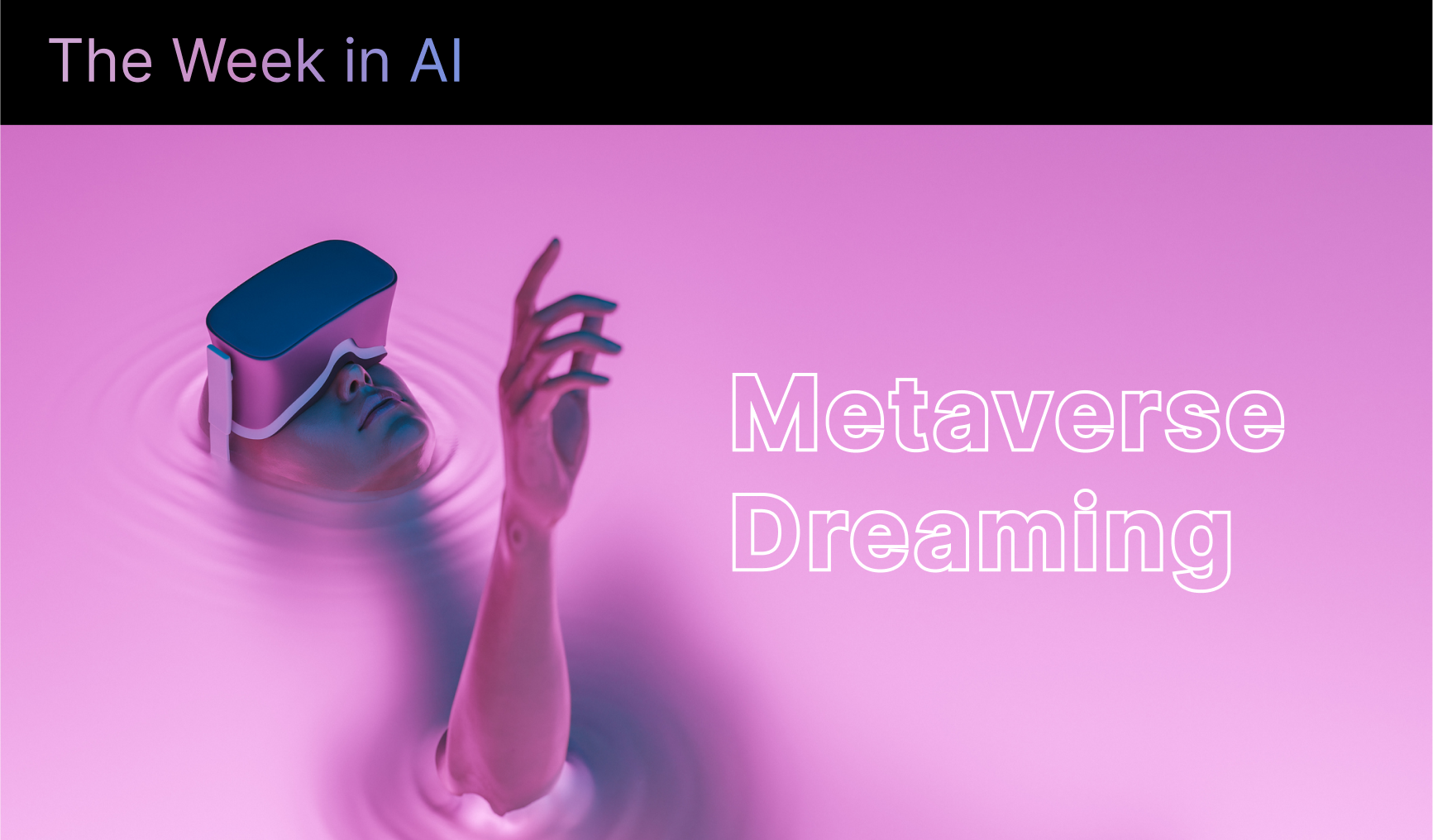 # The Week in AI
# Computer Vision

Take a glimpse into the metaverse, learn how AI can control nuclear fusion, find out about advances in anomaly detection, and dig into CLIP versus ResNet-50.

The Week in AI is a roundup of key AI/ML research and news to keep you informed in the age of high-tech velocity. This week, Meta gives a first glimpse into its metaverse and how AI will be the center post of multilingual communication and virtual worlds; MIT and IBM scientists use deep learning and a Bayesian graph network to bring AI to real-time use cases; CLIP acquires zero-shot capabilities to predict texts; and AI learns how to control nuclear fusion.

Meta’s Project CAIRaoke and Universal Translator Launch into the Metaverse

Just a few weeks after giving the world a peek into its AI SuperCluster, Meta revealed its vision for the metaverse. Notable announcements under this umbrella include Project CAIRaoke, which will deliver AR/VR devices powered by neural model-based AI assistants for natural and immersive dialogs with users, and an AI builder that grants users godlike power to create their own world. However, it was the announcement of high-potential software that’s catching everyone’s attention. Imagine being able to communicate with anyone in any language. Meta’s AI-powered universal translator could give billions of people access to information in their native language. This is a potentially life-changing technology.

Researchers at the MIT-IBM Watson AI Lab created a computationally efficient method that can automatically pinpoint anomalies in data streams in real time. The framework, which does not require annotated data, combines a deep learning model called a “normalizing flow” with a Bayesian graph network to detect low-probability density values translating to anomalies. The scientists used power grid data, traffic monitoring data, and water system data to test the system, which outperformed all baseline models by detecting a higher percentage of true anomalies in each dataset.

Contrastive Language-Image Pre-Training (CLIP) is a neural network trained on 400 million image-text pairs to predict which caption goes with which image. This gives CLIP a zero-shot capability when instructed in natural language to predict the next text excerpt, given an image, and without being calibrated to perform the task. Preliminary results show that CLIP’s accuracy matched that of the original ResNet-50 on ImageNet zero-shot without needing to use the 1.28 million training examples ResNet-50 was trained on. This is a promising discovery that showcases the possibility of transferring successfully pretrained, task-agnostic NLP models to other domains—one that comes with room for improvement, of course.

DeepMind scientists have developed an AI system that controls and sculpts a superheated plasma from smashing and fusing hydrogen inside a nuclear fusion reactor. DeepMind collaborated with the Swiss Plasma Center at EPFL, a university in Lausanne, Switzerland, to develop a reinforced learning AI system on a virtual simulator to control magnets inside tokamaks, doughnut-shaped vessels surrounded by electromagnetic coils, as well as change the magnets’ voltage thousands of times per second. The unnamed AI system controlled the magnets for a total of two seconds to “contain” the hotter-than-our-sun’s-core hydrogen plasma. Nuclear fusion would give humanity the potential capability to harness a limitless source of clean energy. AI is here to abstract some of the complexity to achieve just that.

The idea of being able to communicate with people across 100 languages in real time is mind-boggling, and our generation is lucky to have a chance to see this become a reality. Rapid advances in technology help AI become more immersive and allow it to “sit” in the background—while we leverage it for human superpowers. We can afford to dream more about AI solving the world’s toughest problems, such as energy, climate change, and hunger. Until next time, stay informed and get involved!

All content is Greg Coquillo's own, and does not reflect his company’s views.