The Week in AI: A Stock Predictor, a LEGO Builder, a Medical Diagnosis Assistant, and a Material Designer 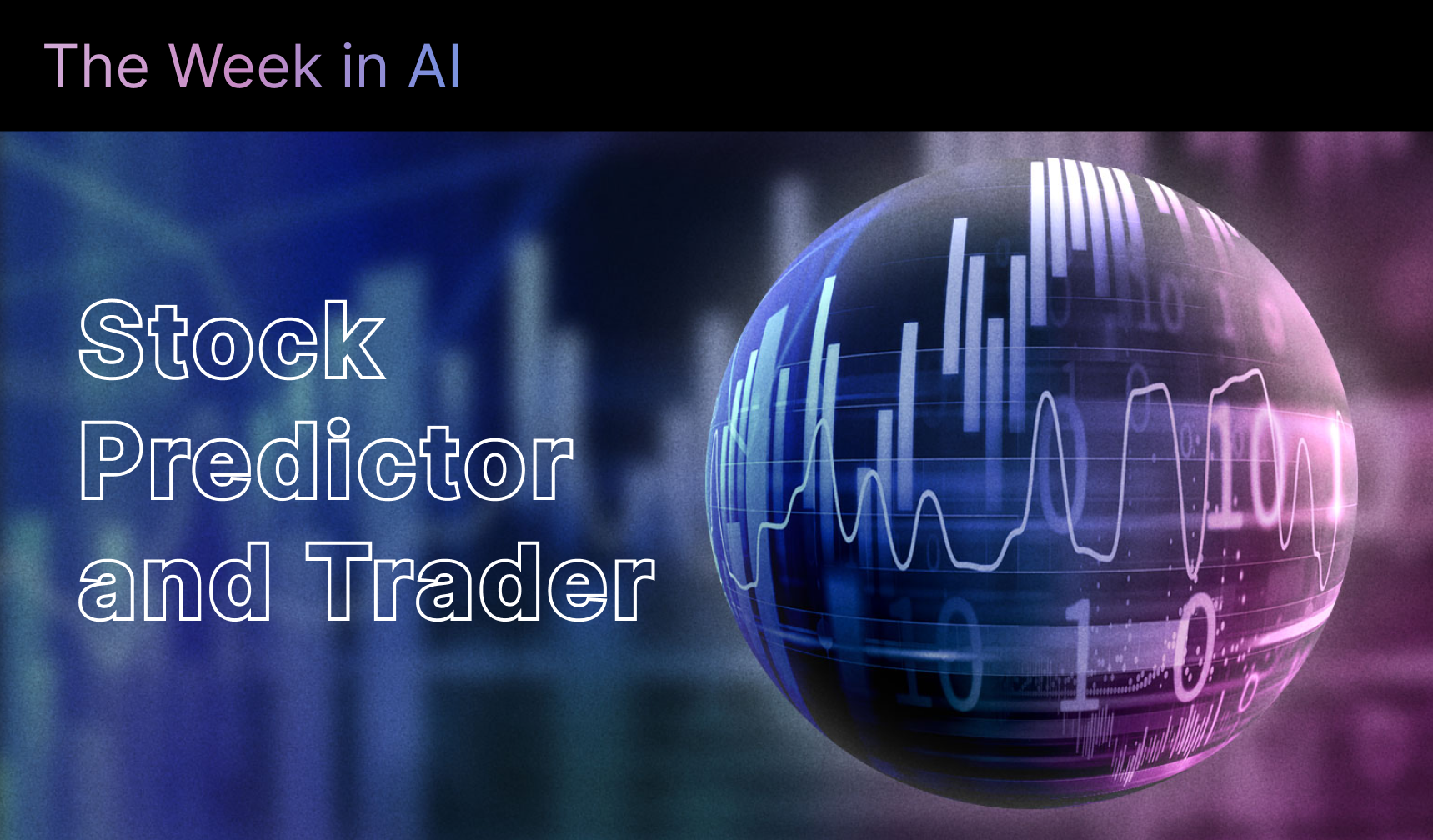 The Week in AI is a roundup of high-impact AI/ML research and news to keep you up to date in the fast-moving world of enterprise machine learning. From a price prediction system that buys and sells stocks to a deep learning computer vision model that speeds up discovery of new materials, here are this week’s highlights.

Understanding the stock market and predicting its behavior at scale is no easy feat. The data is noisy, interdependent, and nonstationary due to behaviors such as trends, cycles, and variances and covariances that change over time. Companies that can successfully perform time-series forecasting for the stock market are one path for investors who want to allocate money in stocks that generate profits.

However, today’s tools face major challenges in predicting the future value of multiple stock prices over multiple days. That’s why a group of Stanford researchers turned to ML to create and release StockBot, a decision maker for buying and selling stocks based on the prices predicted by its LSTM model, a recurrent neural network algorithm trained to learn order dependence in sequence prediction problems. Previously used ML models, including random forest, Bayesian, and support vector, have proved accurate for time-series data when compared to deep learning (convolutional neural network) approaches.

StockBot’s LSTM algorithm gains a competitive edge by predicting stock prices for new stocks that lack historical data, and it is capable of doing so over multiple days versus the one-day-at-a-time approach of other tools. During model building and selection, researchers tested both a single and double-stacked LSTM architecture, as well as an encoder-decoder model. In addition, LSTMs are usually trained on a single stock’s data and so can predict prices only for that one stock.

Therefore, researchers proposed training the LSTM on multiple stocks that represent a single industry, such as finance or energy. The data from these stocks provided the variety that the LSTM needed to accurately predict the prices of new stocks created under their corresponding industry. Testing demonstrated that multi-stacked LSTM architectures had better results than the encoder-decoder model.

More importantly, researchers discovered that the profitable decisions made by StockBot after LSTM predictions to buy or sell stocks based on prices were far superior to the best exchange traded funds (ETFs) or state-or-the-art investment tools used by investment firms. To develop StockBot further, they plan to train models specifically for market crashes or newly listed stocks that the main model fails to generalize accurately.

AI faces two main challenges: the difficulty of mapping the 2D images found in the instruction booklet to their corresponding real 3D objects, and the prediction of 3D poses for never-seen-before 3D objects. The second challenge exists because, when one is building a LEGO object in 3D, the new components to be added to the main body often must come from a multipiece object built from a previous step.

According to the researchers, MEPNet tackles the challenges in a two-stage fashion: “In the first stage, given the manual image, the base shape, and the candidate components, MEPNet first uses a neural network to predict 2D keypoints, rotations, and a mask for each added component. In the second stage, it uses deterministic algorithms to infer the 3D poses of new components by fusing the predictions from the first stage.”

The researchers used synthetic datasets to train and test MEPNet, followed by two real life LEGO manuals that together composed a fine-tuning dataset. The first one contains basic LEGO objects, and the second one consists of complex Minecraft-like architectures. The datasets ensured that MEPNet was trained and tested on a wide variety of LEGO blocks to increase the model’s accuracy.

When compared to baseline models, PartAssembly, and Direct3D, MEPNet had smaller deviations in 3D translations or more accurate component orientations. When building a Minecraft house dataset, MEPNet’s 3D translation accuracy was 86.3%, compared to PartAssembly at 49.8% and Direct3D at 75.8%. As a long-term vision, the researchers hope to build systems that will allow people to assemble complex 3D objects in both digital and real-life environments.

An international group of researchers from universities in the United States, Oman, Pakistan, and Germany collaborated to develop an ML model that successfully classifies tremors in multiple sclerosis (MS) patients. According to the study published in Science Direct, more than half of MS patients experience uncontrollable shaking, or tremors, due to damage to the part of the brain called cerebellum.

However, physicians struggle to quickly and accurately diagnose MS because its tremor frequencies, which range from 1HZ to 10HZ, overlap with other forms of tremors from diseases such as Parkinson’s and essential tremor (ET). Also, the lack of effective assistive tools to identify MS causes delays in administering the right treatment for patients, which prolongs suffering for those who experience symptoms.

To develop and train the model, the researchers collected electromyogram (EMG) signals of muscle contractions, accelerometer measurements of tremor activities, and clinical data from a total of 120 patients. Out of the 120 diagnosed patients in the study, 40 were found to have MS, 41 had ET, and 39 had Parkinson’s disease. They used a statistical approach called Soft Decision Wavelet Decomposition (SDWD) to map tremor oscillations and frequencies (spectral densities), and a receiver operating characteristic (ROC) was performed for tremor classifications. Lastly, they leveraged a support vector regression (SVR) model to correlate these spectral features to clinical outcomes.

As a result, when testing how well the system differentiates MS tremors from ET and Parkinson’s disease tremors, the researchers’ analytical framework had an accuracy of 91.67% when using the accelerometer data, and an accuracy of 91.60% with the EMG signals. SVR found strong correlations between the classified tremors (or “discriminators”) and the clinical data from correctly diagnosed MS patients. Based on the model’s outputs, researchers believe they can create tools to better assist physicians on the job in order to speed up time-to-treatment administration for MS patients.

University of Rochester researchers turned to automated deep-learning computer vision techniques to accelerate the search and discovery of new materials based on the phase changes they experience under extreme experimental conditions. Sponsored by the U.S. Department of Energy’s National Nuclear Security Administration and the National Science Foundation, the research suggests an approach that promises to bring clarity to the formation and composition of planets in the universe, including a better understanding of the Earth’s inner core.

Relying on humans to decipher the data and identify the few pictures that capture “faster-than-blinking-eyes” phase changes would be very time-consuming.

The deep-learning algorithm speeds up the analysis of the large amount of data to more quickly identify the most important images that need to be considered during new material formation. For example, the researchers used ultrafast X-ray diffraction spectroscopy to generate images of material phase changes when exposed to extreme pressure or heat from laser shock. This method was deemed too expensive to create training datasets for the deep learning model.

To address this, researchers used synthetic data that best mimics material behaviors during actual experiments, resulting in better-than-expected model performances. To improve the deep learning model, they plan to use video segmentation techniques, allowing scalability through faster analysis of images from larger datasets. They believe their deep-learning model will unlock new and innovative methods for designing new materials.